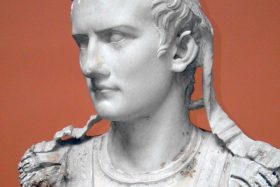 This Week in 30 BC: Augustus in Egypt 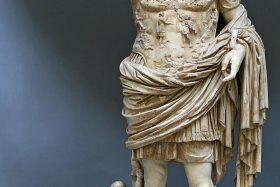 During this week in 30 BC, Roman strongman Octavian completed his invasion of Egypt. He ordered the execution of Marcus Antyllus, eldest son of his defeated rival, Marc Anthony, who’d committed suicide. He also executed Caesarion, teenage son of his great uncle and adoptive father, Julius Caesar. Caesarion’s mother was Cleopatra, Queen of Egypt and lover

The Magic of History – See the Video

A little while ago, I spoke at a TEDx conference — to an audience of smart, motivated high school students. My topic was the magic of history. I told the students many of my favorite short stories from past times. I wanted to reveal history’s endless well of fun, excitement, and humor, and to explain