This week in history: Louis Braille

This week in 1809, Louis Braille was born in a small French town called Coupvray. He’s known for creating the braille reading and writing system for the visually impaired. Louis lost his eyesight at age 5. At age 10, he enrolled in one of the first schools for blind children. The school used the “Haüy 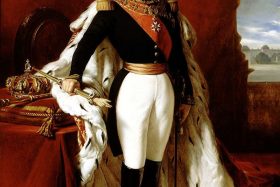 This week in history: Louis XIII

On this day in 1610, Louis XIII was crowned King of France, following the assassination of his father, Henry IV. The new king was only nine, so his mother, Marie de’ Medici, ruled as regent. Her mismanagement, however, along with widespread hostility toward her Italian favorites, led the teenage Louis XIII to take over in