The Fall of Troy and Its Warning for 2020

This week marks the traditional reckoning date for the fall of Troy, in 1183 B.C. The ancient Greeks calculated the date centuries later, and it may not be far off. Whatever the timing, the city’s fall offers a frightening warning for our world in 2020. We know about Troy because of a blind ancient Greek

The Jericho River just got a wonderful review/endorsement from Ancient History Encyclopedia! To read it, just click the headline or the image below … Get Your Kids Interested in World History!

The Real Destruction of Atlantis 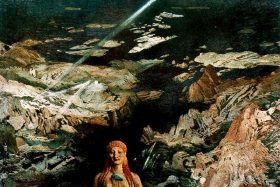 The ancient Greeks believed an island empire ruled the sea in the distant past. The lords of Atlantis built a mighty civilization, but their pride eventually angered the gods, who destroyed their island with earthquakes and fire, sending it beneath the sea. Atlantis in Comic Books, Fantasy … and History? The Atlantis myth has fascinated

New Excerpt from The Jericho River! 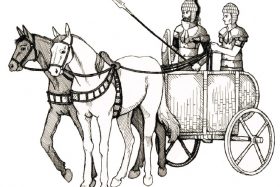 We’ve posted a new excerpt from The Jericho River! It’s an exciting scene where Jason and his companions stumble into Minoan Crete — that odd, ancient land hovering between the Middle East and Greece/Europe. And it’s one of many great examples of the book’s use as a supplemental text for social studies classes — at