On October 24th 1901, Annie Edson Taylor became the first person to “raft” over Niagara Falls in a barrel and survive. She accomplished this feat on her 63rd birthday with the intent of securing her finances, through speaking engagements and other publicity. Unfortunately, she never made much money from the venture – mostly because her

This week in history: Louis XIII

On this day in 1610, Louis XIII was crowned King of France, following the assassination of his father, Henry IV. The new king was only nine, so his mother, Marie de’ Medici, ruled as regent. Her mismanagement, however, along with widespread hostility toward her Italian favorites, led the teenage Louis XIII to take over in 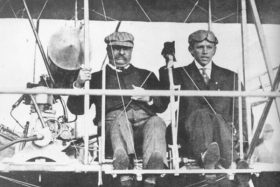